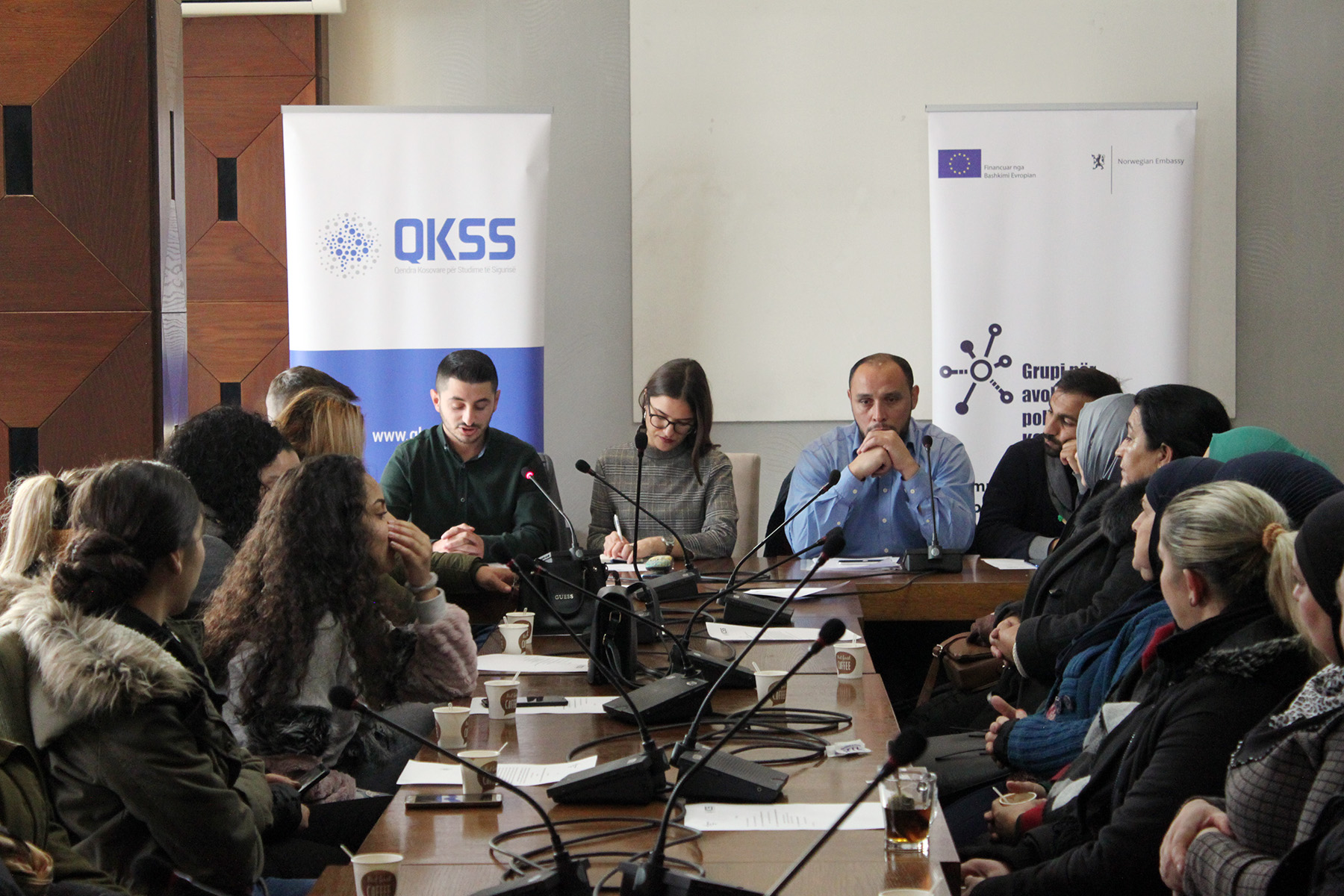 The roundtable aimed at engaging the Roma, Ashkali and Egyptian communities in a discussion about the benefits of the technical dialogue and attain their perspective on the technical dialogue. The panel included Mr. Asllan Kryeziu and Mr. Bajram Bajrami – who were directly involved on the dialogue with the last Kosovo Government, and Mr. Bajram Ilazi, Executive Director of NGO BRAN.

The discussion outlined a number of benefits deriving from the EU facilitated dialogue affecting the lives of these communities. Positive examples from the agreements on freedom of movement and civil registry were provided. The panellists acknowledged the limited involvement of Roma, Ashkali and Egyptian communities in the dialogue process. Yet, they explained the endeavours of the communities’ representatives for their inclusion in the process.

The participants expressed their concern on the lack of transparency of the dialogue process and their lack of information regarding its outcomes. They used the opportunity to address questions related to concrete benefits of the dialogue for their communities and the possibility of their better involvement in the process.