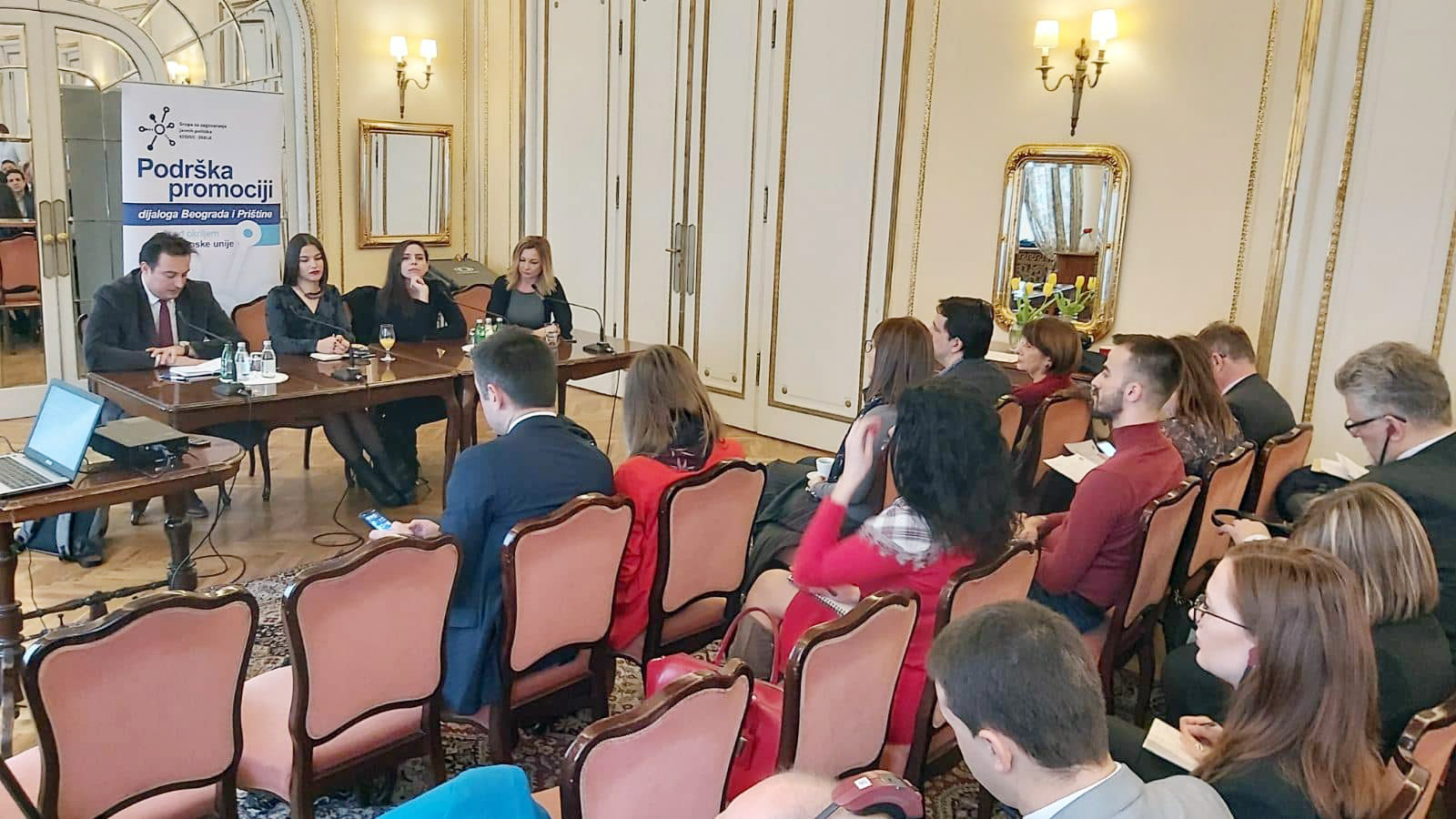 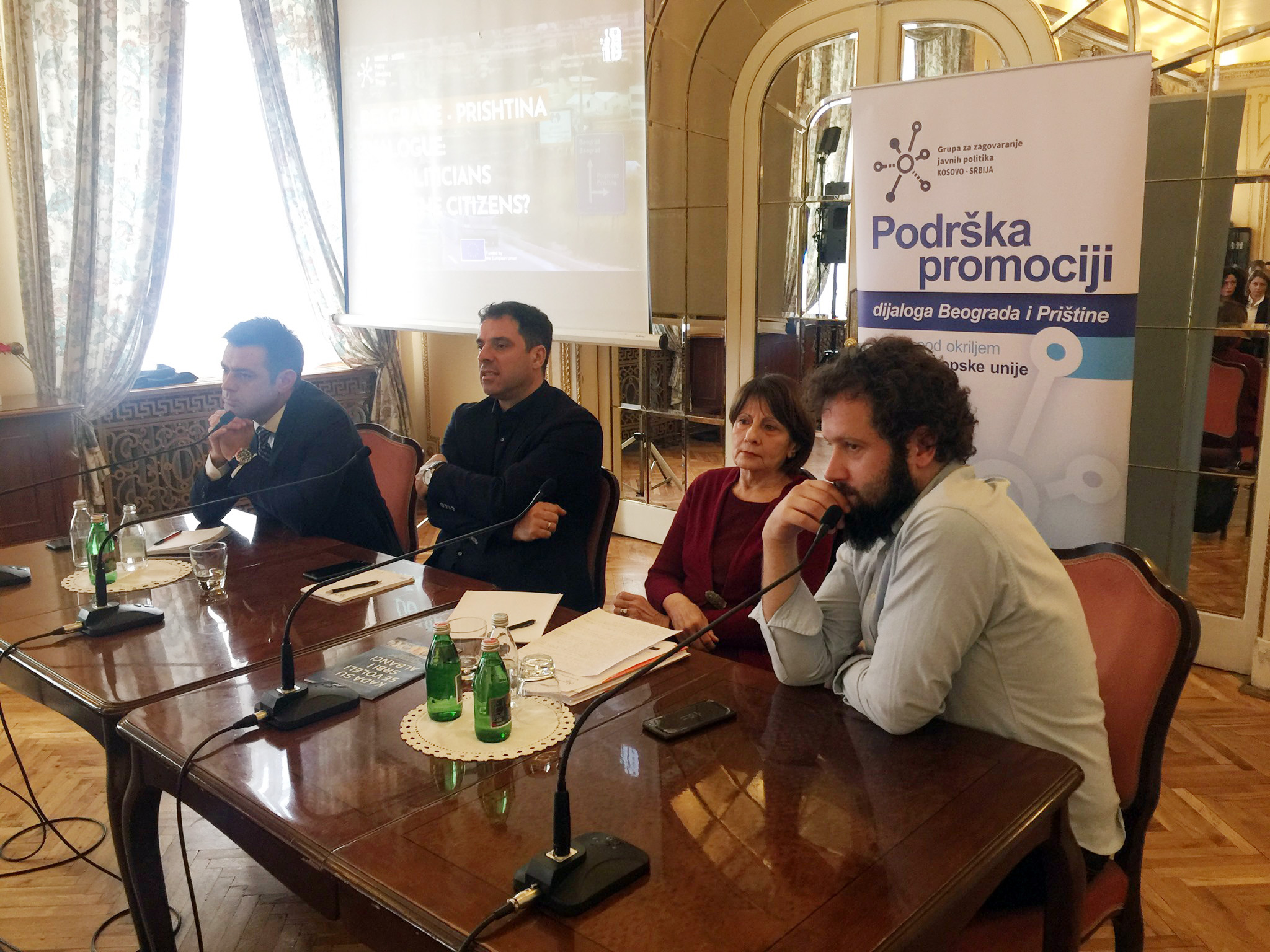 24 February 2020 – The Kosovo-Serbia Public Policy Advocacy Group held a conference in Belgrade, where the results of the research on citizens’ perceptions of the technical dialogue, conducted in Serbia and Kosovo, were presented and discussed.

Discussing what citizens think about the agreements reached between Belgrade and Pristina, the panellists analysed how informed citizens are about the benefits that technical agreements bring to them, and how the agreements can improve people’s daily lives.

Isidora Stakic from BCBP and Donika Marku from KCSS, presented some of the key research findings indicating that citizens of Serbia and Kosovo do not know much about the technical dialogue and that public information about the agreements is lacking.

According to Isidora Stakic, the research in eight cities in Serbia has shown that citizens see the topic of the Brussels dialogue as ubiquitous in the media, but they are unfamiliar with the dialogue itself, because they do not trust the media and politicians.

Donika Marku stated that although citizens hear daily news on the dialogue, almost all respondents emphasize the lack of transparency in the process.

Representatives of the diplomatic missions, international organizations, institutions, civil society and the media attended the presentation of the research report.